Color is, simply stated, everything to William (Bill) Brant (b. 1932, American). And as you walk into his retrospective at Hollingsworth Gallery in Palm Coast, FL you are at once struck by the intense color that is the work of and, some would say, life of Bill Brant. And behind the sophisticated, large fields of flat, solid color also hangs a story, typically one with a wry sense of humor, a political point of view and/or a direct statement about life and death. And it is this juxtaposition between color and commentary, journeyman scholar and whimsical entertainer that invites you to wander the gallery more slowly and wonder just a bit more about the artist himself.

What you should first know is that this quiet, unassuming Palm Coast resident not only obtained a BFA degree from the prestigious Massachusetts College of Art and Design (MassArt), but, after earning his MFA in painting at Syracuse University, he returned and became one of its most celebrated art instructors. To many, teaching is a day job, a means to the end of working on ones own art. But Bill took the job of teaching art seriously and gave it his all, working at several classes each semester including drawing, painting, creative thinking, color theory - even computer art. And the long hours and late nights did not go unnoticed as in 1999, after 34 years of dedicated teaching, the Mass Art conferred on him the rank of Professor Emeritus and named the Brant Gallery in his honor. Not bad for the son of a skilled machinist father, a radio and off-broadway actress mother (Lornadoone Townsend) and the eldest of eight (which included six, that's right, six sisters) from a small town in western Massachusetts whose only high school art teacher, Florence White Williams, took it upon herself to find better instructors and private lessons for Bill. And thank you, Florence.

After high school and four years in the Navy, Bill attended the Vesper George School of Art in Boston. Vesper George produced a number of accomplished alumni including several prominent comic book illustrators & writers, fine artists, furniture designers, photographers and actors (the school has since closed). While here, Bill was happily being trained as an illustrator, but it was an instructor by the name of Donald Doughty, who had the biggest impact on Bill's art and turned him on to a new, colorful way of life. You see, Donald admonished Bill to "not make calendar art" and pushed him to seek out sophistication in color. Bill listened and spent the next several years exploring and studying the work of colorist painters Milton Avery, Hans Hofmann, Helen Frankenthaler, Mark Rothko and Josef Albers, to name a few (and interesting to note most lived and worked nearby on the Massachusetts artist colony of Cape Cod). And from here on out Bill's life has been all about color. Yet while this retrospective body of work certainly offers a nod to these acclaimed colorist painters, Bill's work has earned him his own unique stamp on the pages of art history. Period. But not the end of the story.


And let it be known that Bill is not done painting or teaching. He continues to hold a leadership role in Hollingsworth Gallery's SECCA School of the Arts and is in his studio there most every day. In fact, eight of the large canvases in this show were completed within the last two years. It's as if each painting is pushing Bill to work harder than he's ever worked before. Almost as if time is running out. And I guess that's how it feels at 80. But he's not saying "uncle" by any means. No, I think Bill is just hitting his stride.

Posted by Christine Sullivan at 5:20 PM

Promote Your Page Too 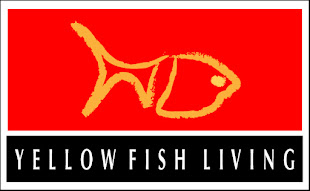